Adjustment of Status is the term for applying for lawful permanent residency (also known as a “green card”) from within the United States. This method of applying for a green card is different to that of Consular Processing of an immigrant visa (applying from outside the U.S.). This article, written by Seattle Immigration Lawyer Brandon Gillin, discusses the basics of Adjustment of Status.

What are the eligibility requirements for Adjustment of Status?

How do I apply for Adjustment of Status?

Generally speaking, an application for Adjustment of Status is made on Form I-485 and is filed with USCIS along with the required supporting evidence and proper filing fee. Those individuals who are currently in removal proceedings cannot file for Adjustment of Status with USCIS; rather, the application must be made in front of an immigration judge in immigration court.

What Supporting Evidence is Required?

Each case may vary regarding what specific evidence is required, so consult with a reputable immigration lawyer or at the very least read the instructions from USCIS. But every case will require the following (in the family-based context):

If you are inadmissible for some reason, you must also submit a Form I-601, Waiver of Grounds of Inadmissibility.

Will there be an interview for my Adjustment of Status?

In the family-based context, its more likely than not that there will be an interview at your local USCIS Field Office. In fact, for spouses there is almost always an interview. In my years of practice I have seen only a few instances where a married couple wasn’t interviewed. So expect it in those circumstances. For other family relatives such as children or parents, there may be an interview. Waiving the interview requirement is a discretionary decision that the local USCIS Field Office will make on a case-by-case basis.

UPDATE AS OF FEBRUARY/MARCH 2022: As part of USCIS’ effort to reduce the backlogs caused by COVID-19 and the Trump Administration’s policies on immigration, some marriage-based adjustment of status applicants will no longer be required to appear for an interview at the local field office. As a Seattle immigration lawyer, at my office we have been receiving Requests for Evidence (RFEs) from USCIS’ Seattle Field Office on the Form I-130 requesting evidence of the bona fides of the marriage. Typically this type of evidence is provided at the interview as part of the Form I-130 adjudication. These RFEs indicate that if enough evidence of the bona fides is submitted in response to the RFEs, the interview will most likely be waived.

What is Section 245(i) of the Immigration and Nationality Act?

Am I required to have a financial sponsor?

In the family-based context, nearly every applicant must obtain a sponsor who must fill out and sign Form I-864, Affidavit of Support on behalf of the applicant for adjustment of status. The petitioner on Form I-130 must always serve as the primary sponsor, no matter if the petitioner makes the requisite amount of income or has the requisite amount of assets to qualify as a sponsor. If the petitioner cannot meet the income/asset requirement, the applicant must obtain a Joint Sponsor who can meet the income/asset requirement. In that instance, the I-130 petitioner still serves as the primary sponsor, but the joint sponsor serves as well.

Can I work while my application for Adjustment of Status is pending?

At the time you apply for adjustment of status you have the option of applying for an Employment Authorization Document (EAD) on Form I-765 at the very same time. Once your EAD is approved and the EAD arrives you can use it along with your social security card (which you can apply for on the I-765 also) to fill out Form I-9 upon being hired for a job. The benefit of applying for the EAD at the same time as adjustment of status is that it allows you to work while the adjustment of status application remains pending. Unfortunately, EAD appliaction processing times have skyrocketed in recent years, and it may take approximately 5-9 months for you to receive your EAD after applying. If there is an unreasonable delay in the EAD being approved and issued, you have the option of suing USCIS under a Writ of Mandamus with the U.S. Federal District Court in your jurisdiction.

Can I travel while my Adjustment of Status is pending?

Like with employment authorization, at the time you apply for adjustment of status you have the option of applying for Advance Parole (AP) on Form I-131 at the very same time. Once your AP is approved and arrives (usually as a notation on the bottom of your EAD if you apply for that too), then you may re-enter the U.S. after a temporary trip abroad. Note that some applicants should not leave the U.S. and plan to use advance parole as it can lead to a situation where they will not be allowed re-entry to the U.S. Consult with your immigration attorney before leaving the U.S. if you intend on returning using Advance Parole as an applicant for Adjustment of Status. 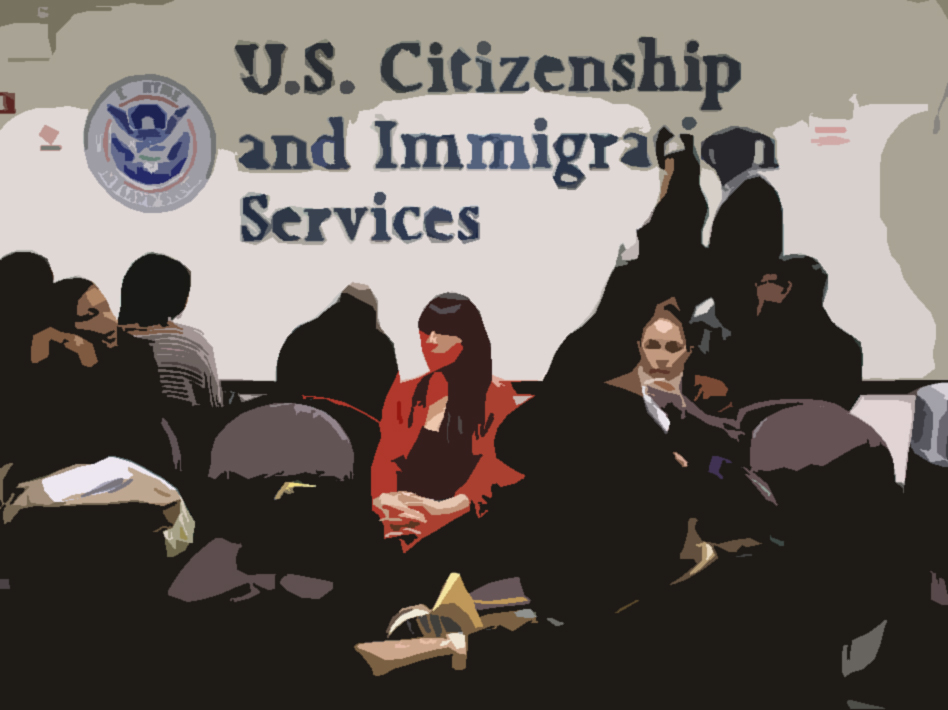 Resources on Adjustment of Status