In recent years, numerous states have begun legalizing the growth, possession, and distribution of marijuana for medicinal and recreational purposes. While the “legal” marijuana industry appears to be strong and vibrant, it can present non-citizens with challenging and unintentional consequences.

Although marijuana is legal in some states, federal law still considers the possession of marijuana to be illegal. As a result, non-citizens may face significant immigration consequences if they engage in conduct constituting a marijuana offense.

As a preliminary matter, it is helpful to know why inadmissibility can be so damaging. When individuals are inadmissible, they face significant barriers in numerous immigration contexts. Several examples are described below:

There are several inadmissibility grounds related to marijuana. The two discussed in this article are the criminal grounds and the medical grounds (drug abuse and addiction).

The INA penalizes non-citizens who admit having violated any law related to a controlled substance, including marijuana. U.S. federal law considers it illegal to possess, grow, or sell marijuana and contains no exceptions for medical uses. Therefore, if anyone possesses, grows, or sells marijuana, even in the comfort of their own home or for a medicinal purpose, they are committing an offense in violation of federal law.

Notably, even a single violation related to a controlled substance may render a non-citizen inadmissible.

Non-citizens may be questioned in various immigration settings. An admission in any of these contexts may lead the non-citizen to be inadmissible. These settings include:

A non-citizen may also be considered inadmissible if they are found to abuse or be addicted to a controlled substance like marijuana. The abuse or addiction must have occurred recently, such as within the past year.

Unlike with the criminal grounds of inadmissibility, immigration officers are not authorized to determine whether someone is inadmissible based on their drug abuse or addiction. Instead, a panel physician who conducts immigration-related medical exams must make the determination.

Because abuse of a drug is a much lower threshold than addiction, panel physicians may be willing to find that an individual abuses marijuana even if the person has only used the drug on several occasions.

Requirements for an Admission to Trigger the Controlled Substance Inadmissibility Grounds

Either an admission to the marijuana-related offense or an admission to the elements of the offense may be sufficient to trigger the controlled substance inadmissibility ground. However, several safeguards exist to ensure that non-citizens’ statements about marijuana possession actually constitute an “admission.”

In a series of cases in the mid-twentieth century, the Board of Immigration Appeals (“BIA”) considered what standard of communication would appropriately constitute an admission. These decisions set forth several key principles that must be followed before an admission to the elements of a marijuana offense triggers the inadmissibility ground.

One of the formative cases discussing these principles is known as Matter of K. In Matter of K, the BIA decided that a statement is only considered an admission if the non-citizen is provided:

In the context of a marijuana possession, an individual may only be eligible for a § 212(h) waiver if the offense was:

To apply for the waiver, Form I-601, Application for Waiver of Grounds of Inadmissibility must be submitted. The waiver is discretionary, which means that even if all requirements are met, immigration officials are not required to grant it.

Request a Consultation about Marijuana and Immigration 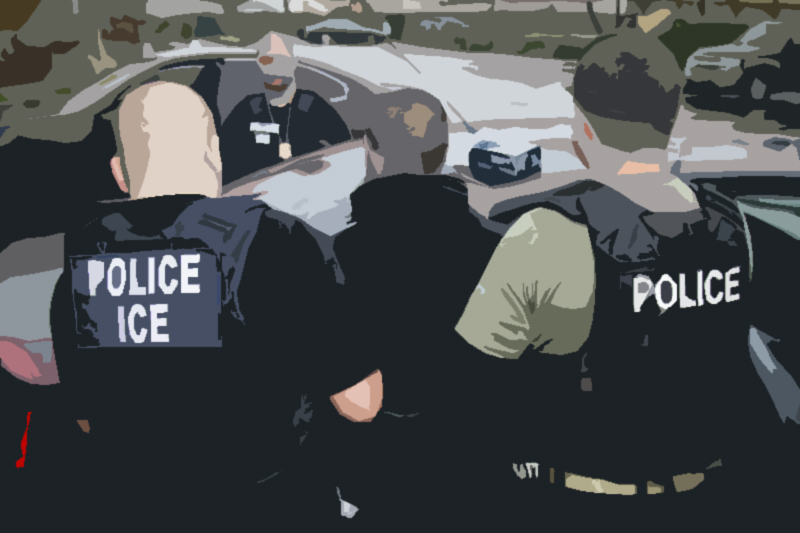 Resources on Marijuana and Immigration

We provide the following resources on marijuana and immigration: